How To Setup Cron Job In Magento 2

How To Setup Cron Job In Magento 2

By Vishal Lakhani
|
|
Categories: Magento Commerce
|
Posted in
Magento 2 is a leading platform or framework which is used for online stores. It is one of the scalable solutions with powerful functionality. Magento 2 Create a Cron Job is an automatic schedule that is convenient at the time of running the Magento 2 store. For this, you may need software like a website or a content management system that requires running at a certain time. If you are unable to do this, then you have to create a Cron job on your web server. 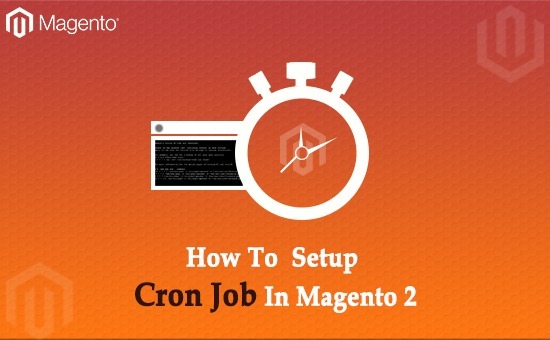 If you know your way around Magento, it might not look too complex. If you are not well versed with all the ins and outs of Magento, then you need a seasoned expert Magento 2 developer in order to take proper care of your Magento needs.

First and foremost thing is to have the clear idea of what you need from a Magento developer. There are more than one aspect to developing, hence it is advisable to Hire Magento 2 Developer without knowing what you need them for.

Below are few things one must keep in mind:

If you are looking for creating a database, maintain the servers or launching an application then you need to hire a backend developer.

What You Should Look In a Magento 2 Developer?

An expert Magento 2 developer should have detailed knowledge of the CMS in order to implement the required features and functionalities on the website. The candidate must have enough technical knowledge to mould their development expertise for your project requirements. See to that you do your homework if you don’t know how to test candidate’s knowledge in Magento 2.

After testing their development expertise, have a look at the projects the candidates have worked on and if they have dealt with any challenges or tasks at previous jobs. Ensure that the Magento 2 developer is familiar with various Magento versions as every version has its own set of features and it is crucial to know that the candidates have knowledge on how to use them.

The Magento 2 developers those you interview might have a Certification. But this doesn’t mean that they would be a good fit for your project. Hence you need to take a proper look at their portfolios. The portfolio tells you a lot about the proficiency of the developer and they worked they have produced till now and it would be easier for you to relate your project with their skill sets.

See to that you talk to the provided references. This will help you to analyze their portfolios in detail and also help you to identify whether they are a good team player or not.

What skills a Magento 2 developer should have?

After understanding the portfolio of the applicant, ensure that they have enough knowledge and experience to do well in your business. The next step is to examine the below mentioned skills:

You have been armed with proper knowledge on how to hire a developer now. While initially it might have seemed like a daunting task to hire a magento 2 developer, it should not be anymore. All you need to do is follow this guide properly in order to find the right person.

The cron job is a free operating system with amazing features developed by Linux. It will create a script or command which is appropriate to the things you want to do. Apart from manual working, this particular job allows running automatically at an exact date and time. Because of its automation, Cron job is the best choice for the repetition of the projects. This configuration is very useful in the Magento framework, as it is used to schedule many system activities such as auto-update of currency rates, Magento emails, reindexing, etc. After all these operations, when the configuration is correct, then only the Cron job is active. This Cron job uses a default file named as Cron Log. That is used to change the setup of this job. The term used here, known as cPanel, is a web-based hosting control panel offered by the provider to the owners. It helps to manage the websites from a web-based interface.This Cron Job Cpanel has many features like web disk, disk usage, FTP Accounts, Dictionary Privacy, Anonymous FTP, etc. Basically, these Cron jobs can execute internal Magento Cron job and controls which Cron jobs are executed and when.

Magento 2 includes multiple Cron jobs to start various tasks such as applying price rules, reindexing, generating sitemaps, and many other critical activities at a given time. There are many amazing features available for Magento 2 which requires at least one Cron job. These Cron job helps in scheduling activities to happen in the future. The activities are listed below;

Some important tasks used before the configuration of cron in Magento 2;

These are such steps required to Create Cron Job Programmatically. And the steps are described below;

To create a Magento crontab following steps are followed;

Then we have to go to the next step of the configuration process. How to Setup Cron Job in Magento 2 Admin:

Here to create the setup, you have to follow the points given below;

Run Cron From The Command Line

To Run Specific Cron job which is considered as indexing jobs, you have to enter the command that is written below;

For running the default cron job, you will have to enter the following command;

A Magento module is considered as a logical group. That is directory helpers, controllers, containing blocks, etc. This is related to a specific business feature. This concept contains one feature and has a minimum number of dependencies on other modules. This Magento 2 framework provides a set of core logic such as; libraries, PHP code, and all other basic functions which are produced by the modules.

Magento Certified Developer Vishal is not just a dedicated developer but also a passionate blogger. He believes that a content with 10 meaningful and helpful words is a quality-rich content than randomly filling 1000 words. Apart from blogging and playing with Magento, he loves to read, travel and learn something new every day.

Subscribe us to get updates from MageAnts for magento Extension updated..